Bitcoin appears to be on quite a roller coaster ride recently. However, it is still a long way from its recent all-time high of $68,000, which it reached in November.

Bitcoin has come to be the parent cryptocurrency pioneering the journey and existence of the numerous cryptocurrencies we have today. It is known to be created by Satoshi Nakamoto whose identity remains vague until today. From the early days, bitcoin has always had doubters and still will as it has gone on to reach the huge heights it has gained today.

As the cryptocurrency gains massive adoption by the populace, there is a raving belief and speculation even by top analysts that one bitcoin will hit $100,000 in the coming periods.

You know who you are. pic.twitter.com/PUifmSVtLQ

Despite the volatility and recent price drop, many analysts believe Bitcoin will eventually cross the $100,000 milestone, however, there are differing viewpoints on when that will happen. The volatility is nothing new, and it’s one of the reasons why experts advise new crypto investors to be cautious when committing a portion of their portfolio to cryptocurrency.

According to Goldman Sachs Group, bitcoin will continue to acquire market share from gold as a result of increased use of digital assets, making enthusiasts’ widely publicized price estimate of $100,000 a possibility. Goldman Sachs believes that bitcoin will hit the mark in 2022 if it is able to replace gold as a store of value.

Bitcoin’s float-adjusted market capitalization, according to Goldman, is slightly under $700 billion. This accounts for 20% of the “store of value” market, which includes Bitcoin and gold, according to the report. The value of gold that can be invested is estimated to be $2.6 trillion.

Bitcoin’s price would climb to a little over $100,000 if its share of the store of value market “hypothetically” increased to 50% during the following five years, for a compound yearly return of 17% or 18%. 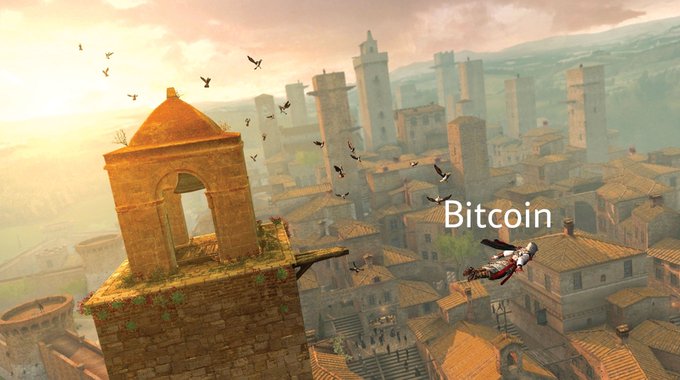 According to Coin Metrics, the world’s largest cryptocurrency by market cap was already trading at $46,170.43 as of 8:42 p.m. ET Monday.

On Monday, Anthoni Trenchev, co-founder and managing partner of Nexo while on CNBC’s “Street Signs Asia” show said, “I think [bitcoin] is going to exceed $100,000 this year, possibly by… the middle of it.” According to its website, the company claims to be the world’s largest lending institution in the digital finance industry. According to the company, it has issued over $6 billion in credit and managed assets for over 2.5 million members worldwide.

With its track record, there is every reason to believe him as Bitcoin has mostly been a winner in the cryptocurrency market. Bitcoin’s prospects may also be hampered by lingering regulatory scrutiny and extreme price volatility. Trenchev, for one, believes bitcoin will experience significant growth soon for “two basic reasons.”

One is that institutions are “expanding out their treasuries” and “filling them with Bitcoin,” he claimed, without elaborating. MicroStrategy and Square are two well-known examples of businesses that have purchased large quantities of bitcoin.

Another reason is his prediction that “cheap money” would be around for a long time, which will benefit cryptocurrencies.

Coming off its all-time high in November, a $100,000 Bitcoin price was easy to forecast late last year. With Bitcoin’s steep decline since then, the prediction game has become much more difficult.

The most ardent crypto doubters anticipate that Bitcoin will crash to $10,000 by 2022, but a middle ground could be that Bitcoin can still reach $100,000, as many experts projected late last year though at a slower rate.

Back in November 2021, Kate Waltman, a New York-based certified public accountant who specialized in crypto reported saying, “The most educated instructors in the sector are expecting $100,000 Bitcoin in Q1 2022 or sooner.” However, as major organizations like Nike and other big brands explore methods to monetize their products in the digital metaverse, bullish analysts are re-evaluating the crypto industry as a whole. The popularity of altcoins is growing as a result of the emergence of metaverse games, worlds, products, and experiences, which has shifted investor perceptions of Bitcoin.

Many experts are hesitant to estimate a specific amount or a certain date, instead of pointing to the trend of Bitcoin’s value increasing over time. Last October, Jurrien Timmer, director global macro at Fidelity Investments, forecasted a “very sustainable” growth in Bitcoin’s long-term value, driven by organic market activity, with the $100,000 milestone in sight.

Warren Buffett, for example, has stated, “Why would I buy gold?” because it “simply sits there,” “doesn’t do anything,” and “doesn’t produce anything,” and the same can be said of Bitcoin. However, it has a storage value and functions as a currency hedge when compared to US dollars.

Certain aspects of it make sense in this environment, especially with inflation at its current levels and people concerned about the strength of the US dollar, but they’re also concerned about how markets will react.

This chart was published over two years ago (nearly 27 months to be exact), and it's still more accurate than 99% of price predictions you see on twitter today.

Irrespective of all the latest swings in the crypto market and the price drop of bitcoin in the market, bitcoin is still more than twice the value it was just a few years ago. These types of ups and downs are nothing new for Bitcoin and Bitcoin could likely hit $100,000 in the alt season.

So, after looking at these mind-boggling predictions, the main question that comes to mind is whether Bitcoin can even advance violently towards either of the targets indicated above. The answer, in my opinion, is a resounding YES, primarily because the price of Bitcoin has been famously unpredictable in the past.

Secondly, we’ve had more institutional and government adoption in recent times which will likely increase with time.

This is one of the reasons for Cathie Wood’s $500,000 price target on Bitcoin and other assets.